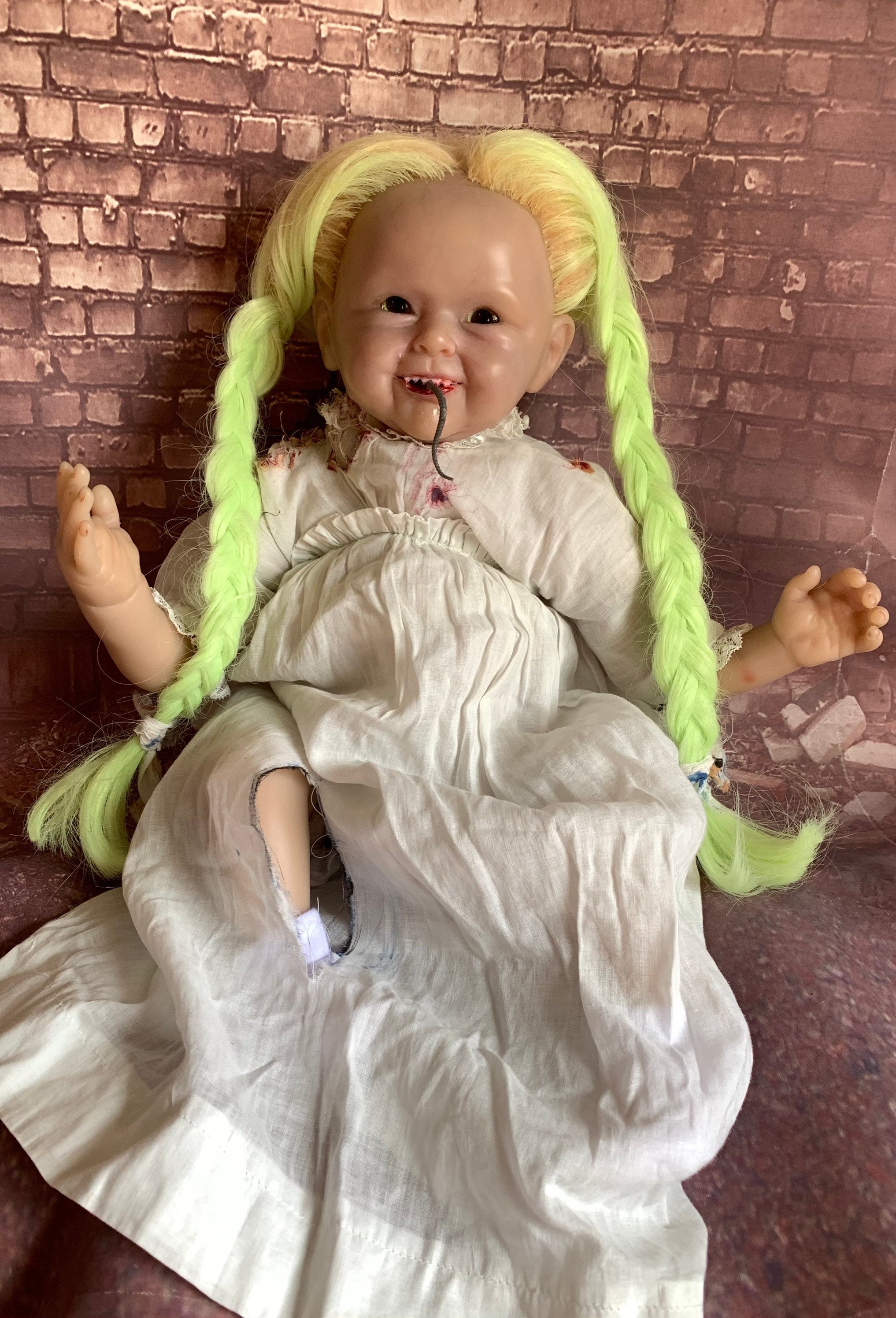 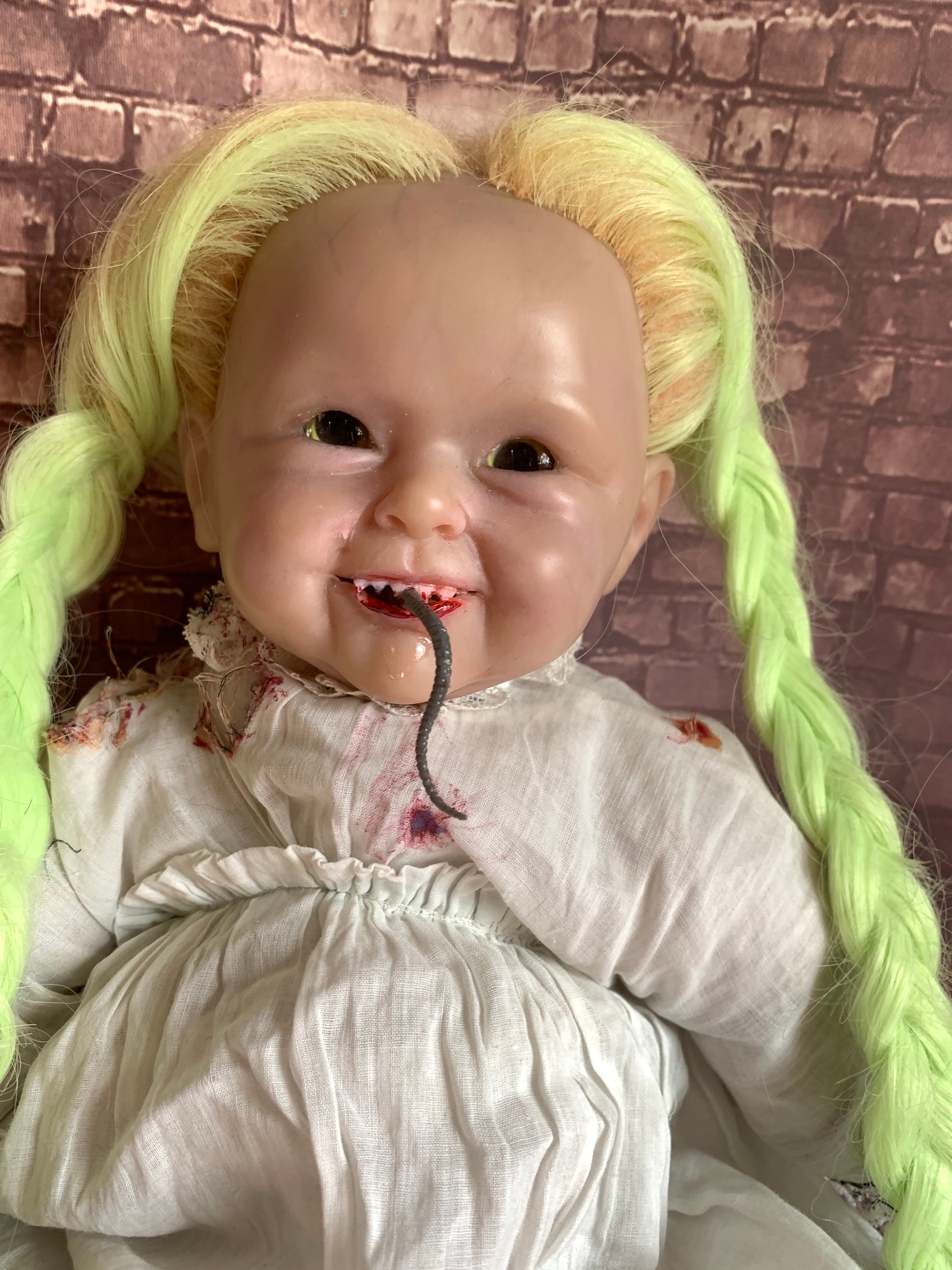 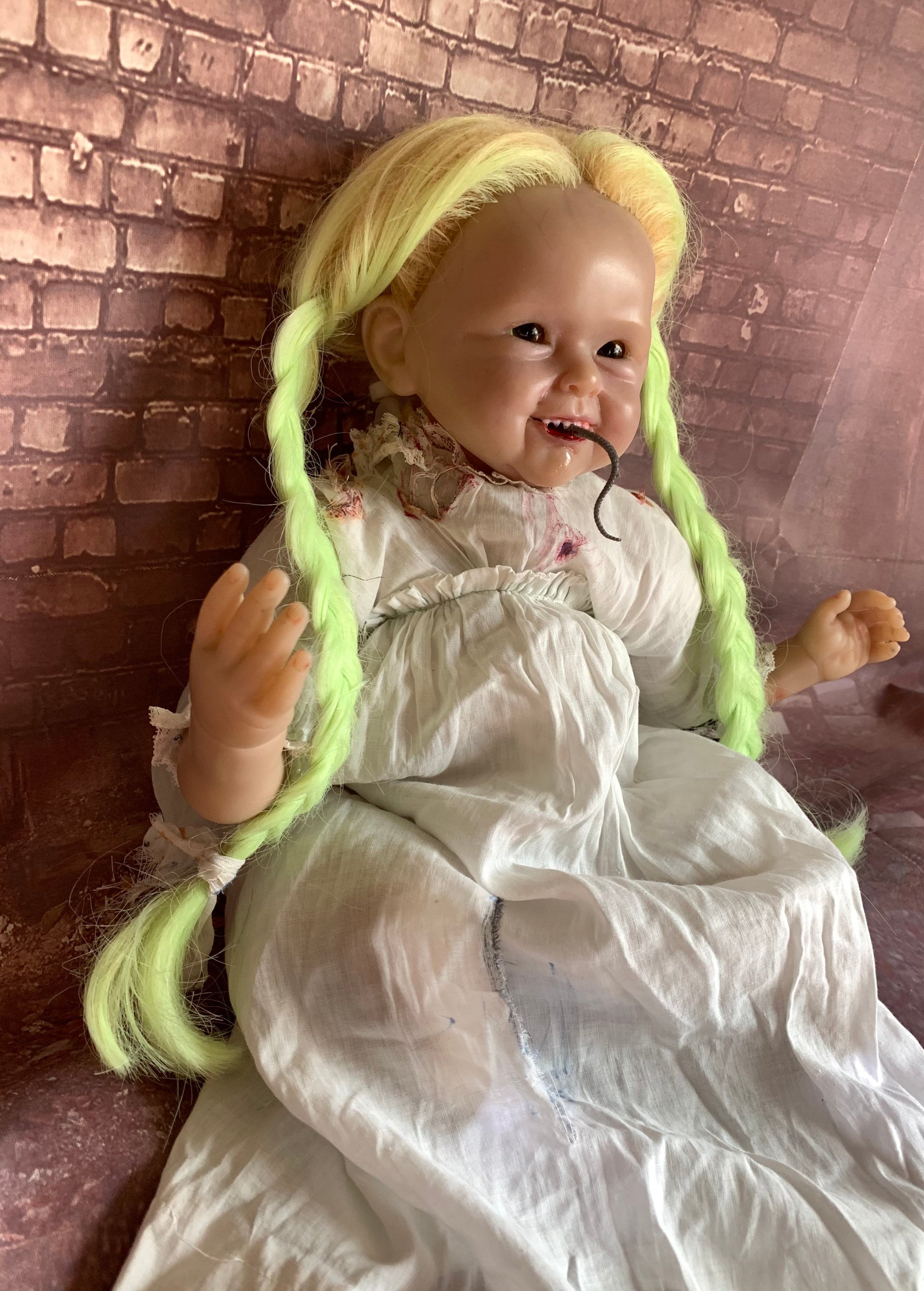 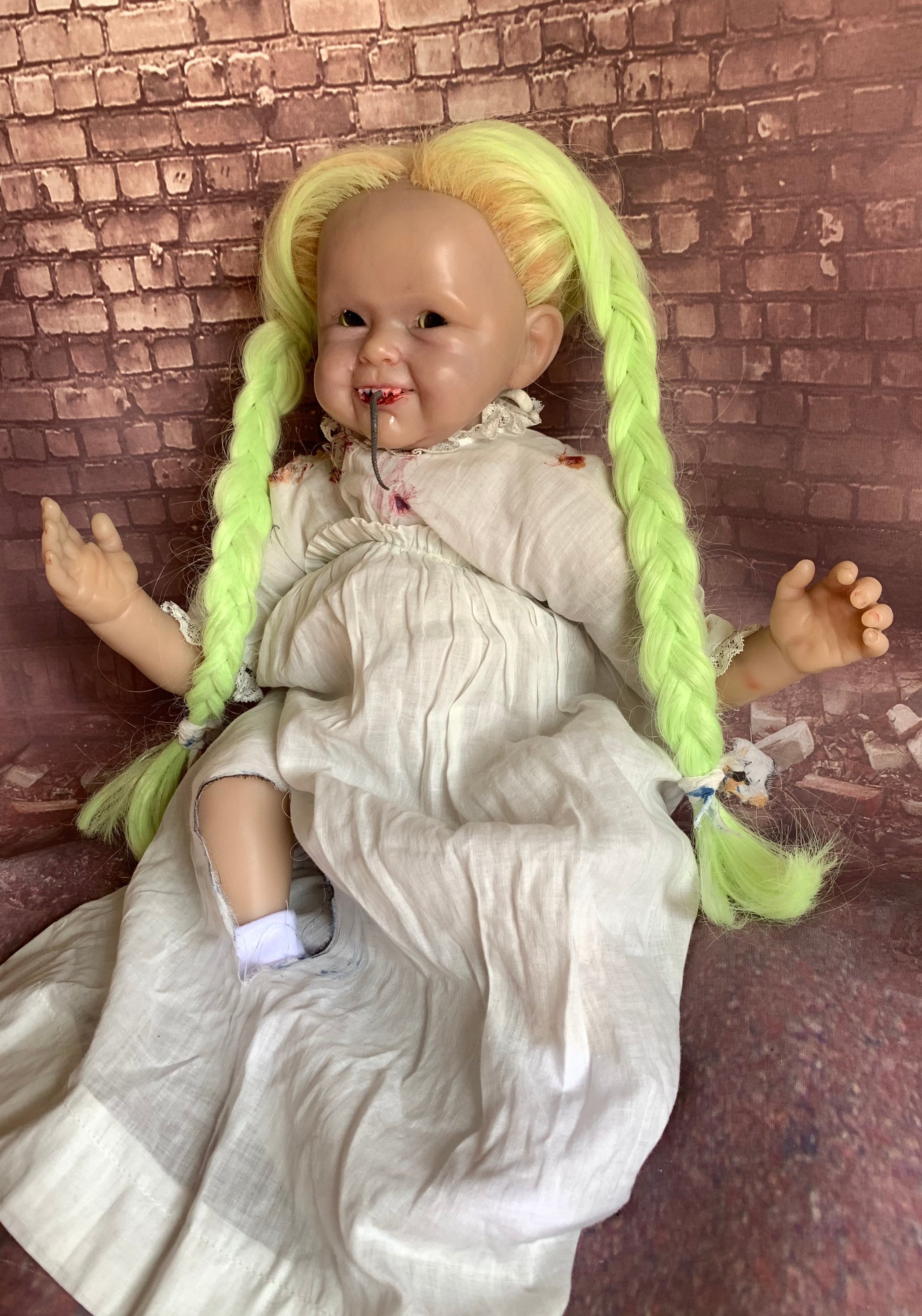 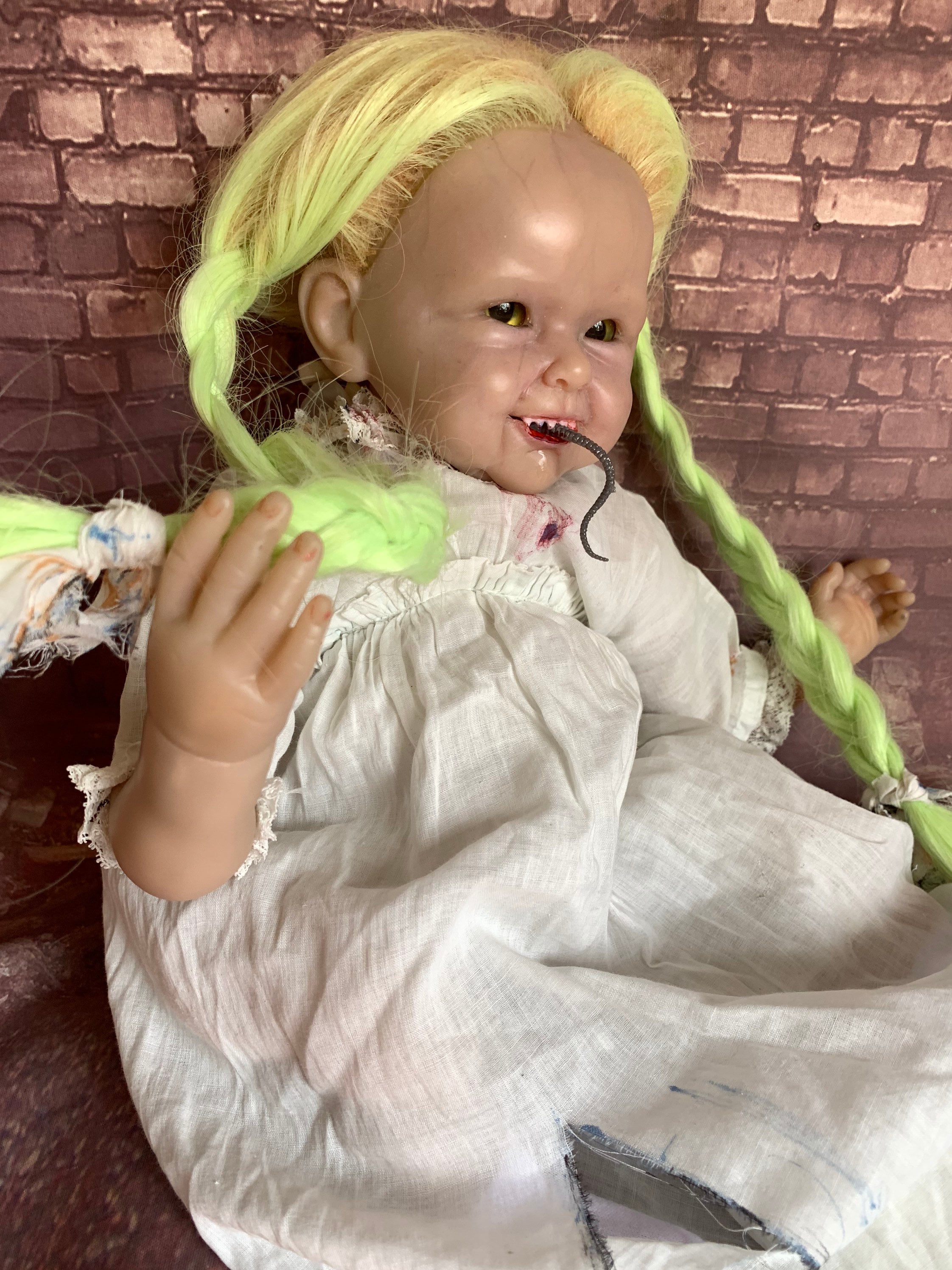 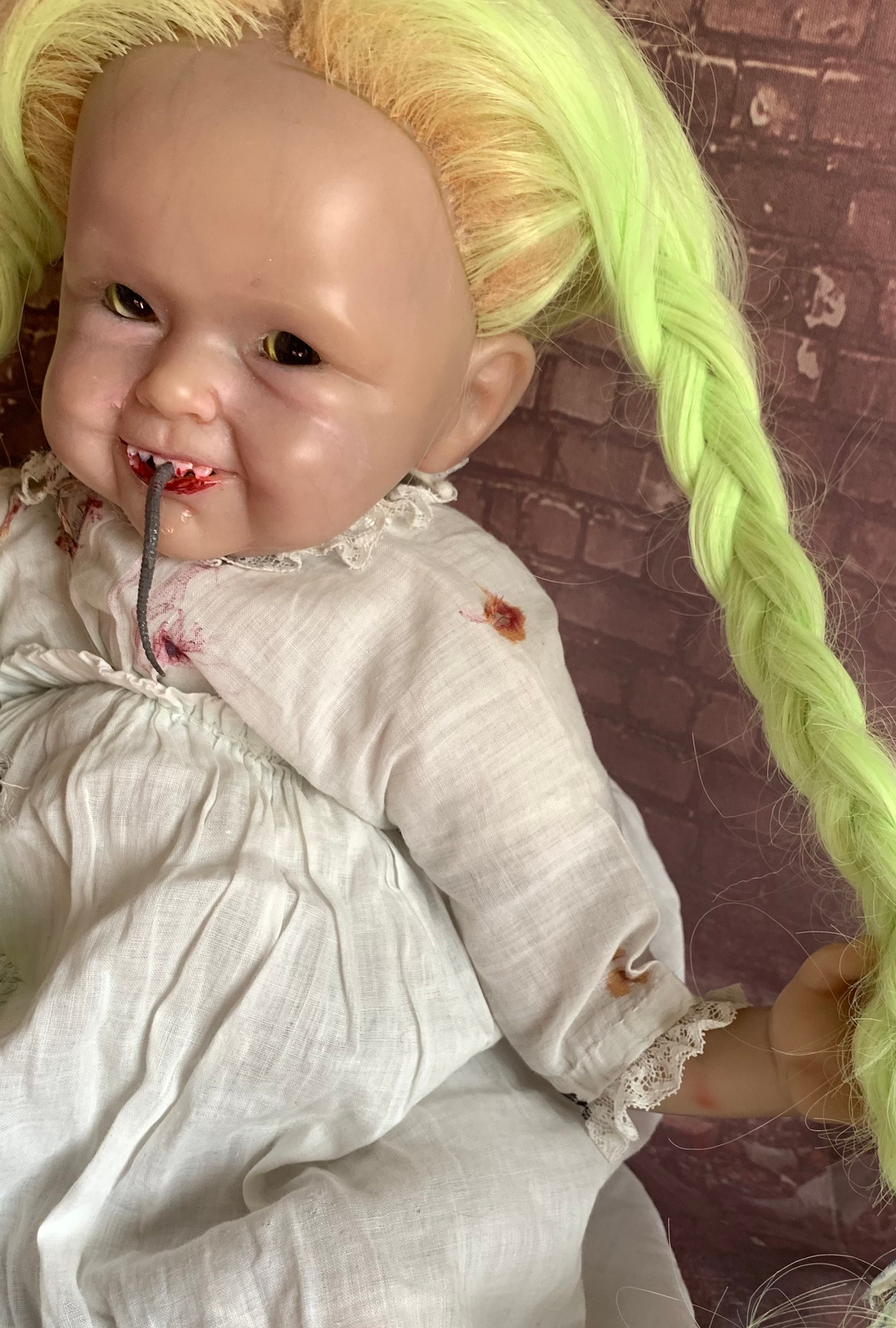 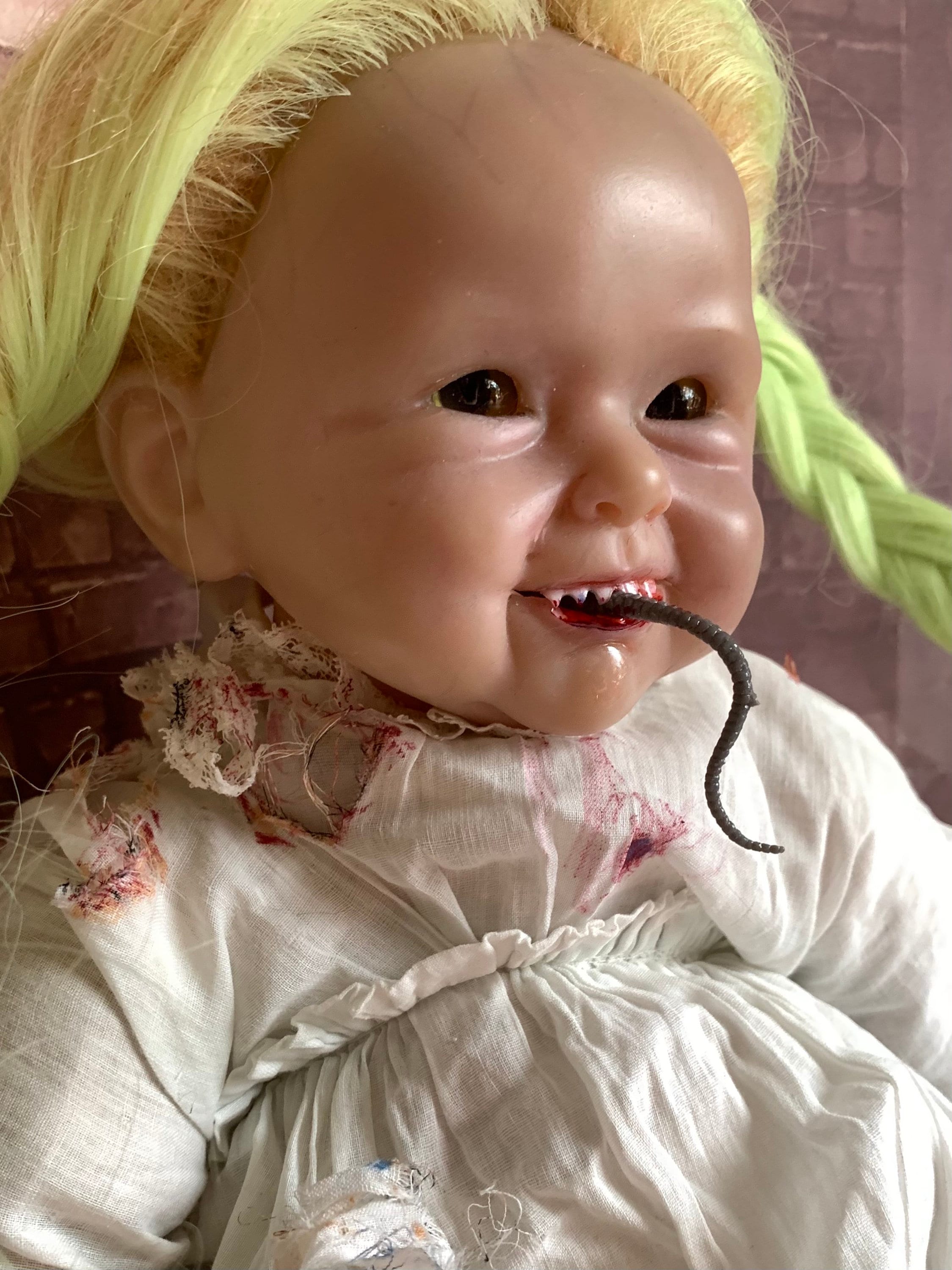 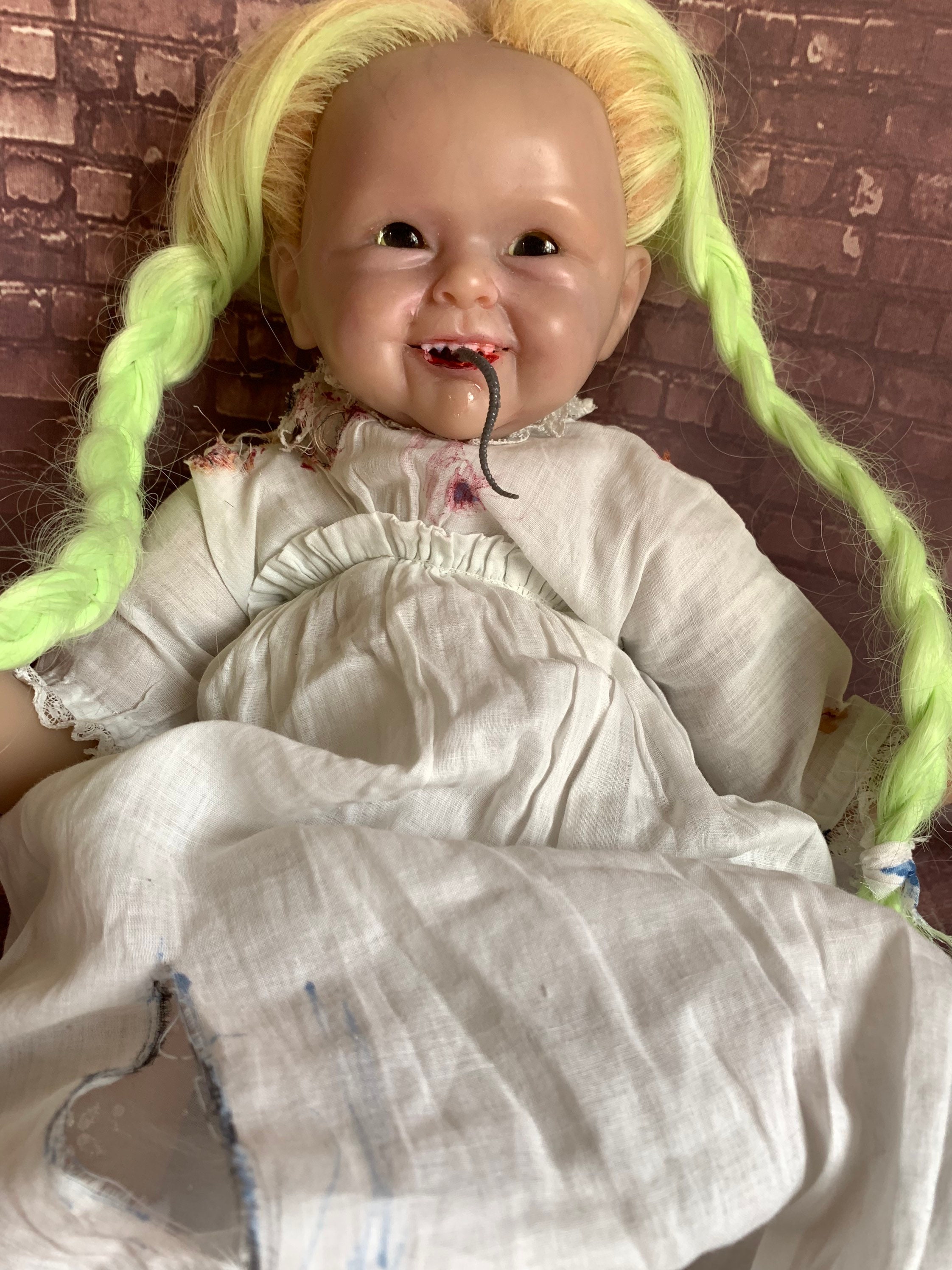 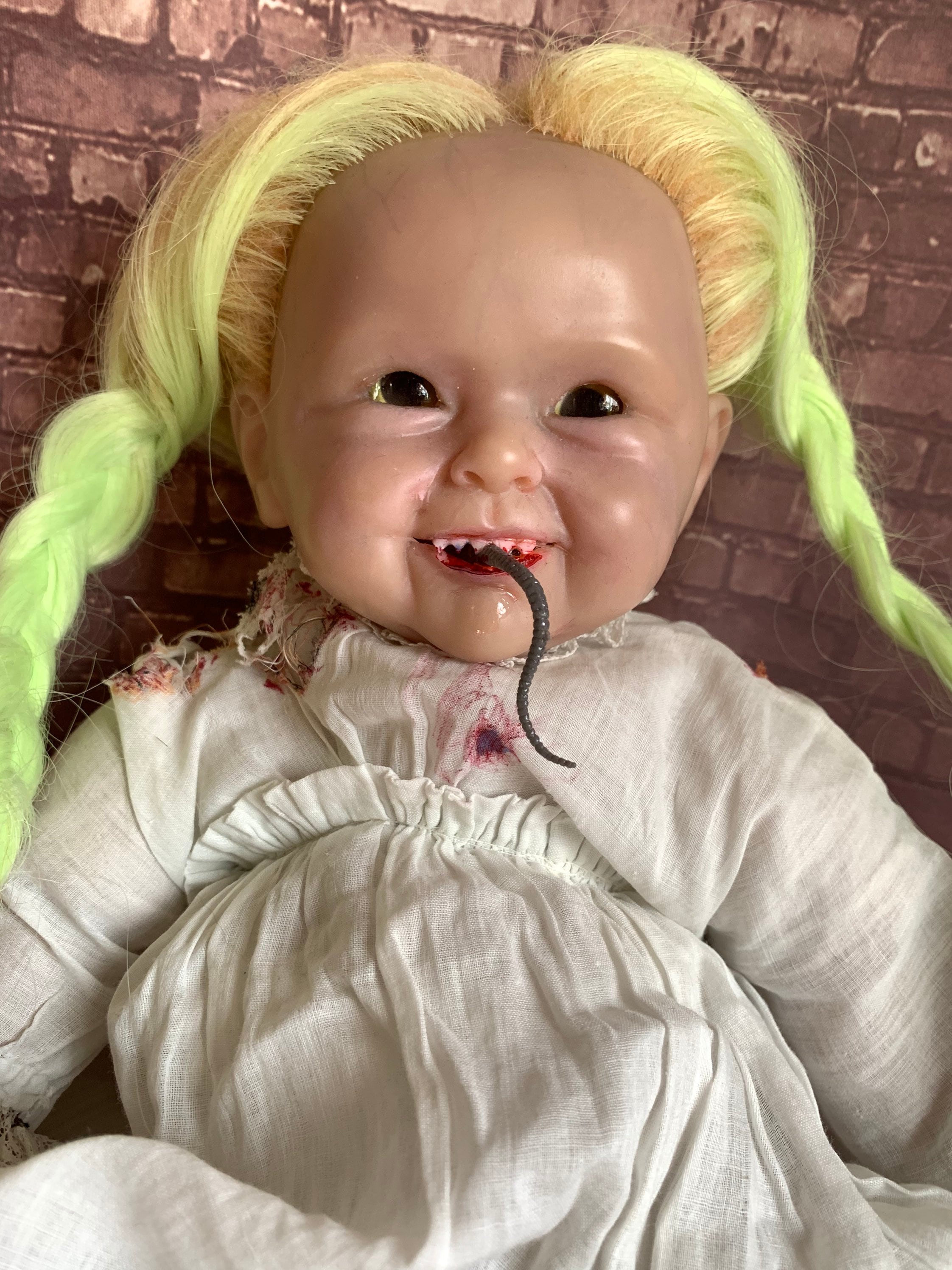 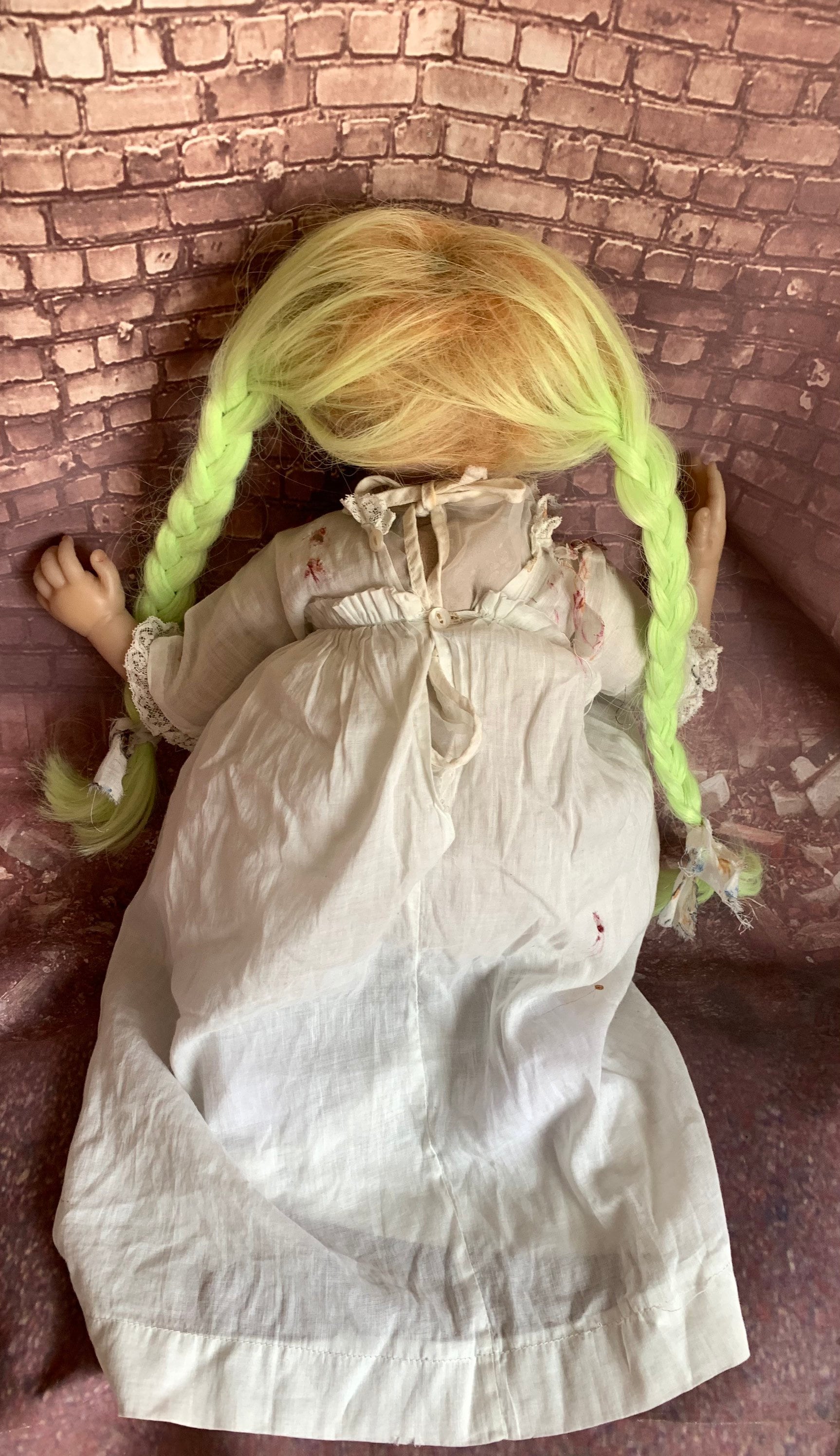 History tells of settlers who made their home among the Appalachian Mountains. Some adapted to their new environment easily. Some did not. Mortality and mercy became luxury. Cannibalism evolved from a survival mentality to the norm. Now this country cannibal born and raised in the Appalachian Mountains decades later is ready to spend her second undead life with you. Wendigo inspired custom eyes were implanted and create the optical illusion of following your movements. Implanted with sculpted teeth adapting to the environment to eat all sorts of available sources of food, even if it means eating vulnerable or available prey. Dressed in layers of tattered vintage fabric gowns, a likely hand me down from family or a past meal. Approximately 19 inches in length, her soft cloth body has limbs that can be positioned. Professionally painted with Luminaire air dry paints, and sealed with Luminaire varnish. Three shades of hair were hand rooted from a rust ginger, blonde and green. Styled in two loose braids secured with fabric ties. Feeding happily on a rodent snack. Our Appalachian Mountain, Wendigo inspired country cannibal was not created or meant for children.

Request a cancellation within: 1 hours of purchase

I don't accept returns or exchanges

But please contact me if you have any problems with your order.

0 items in your cart